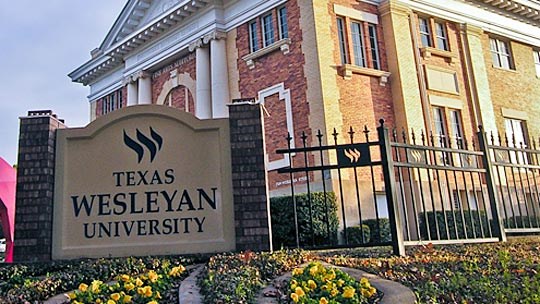 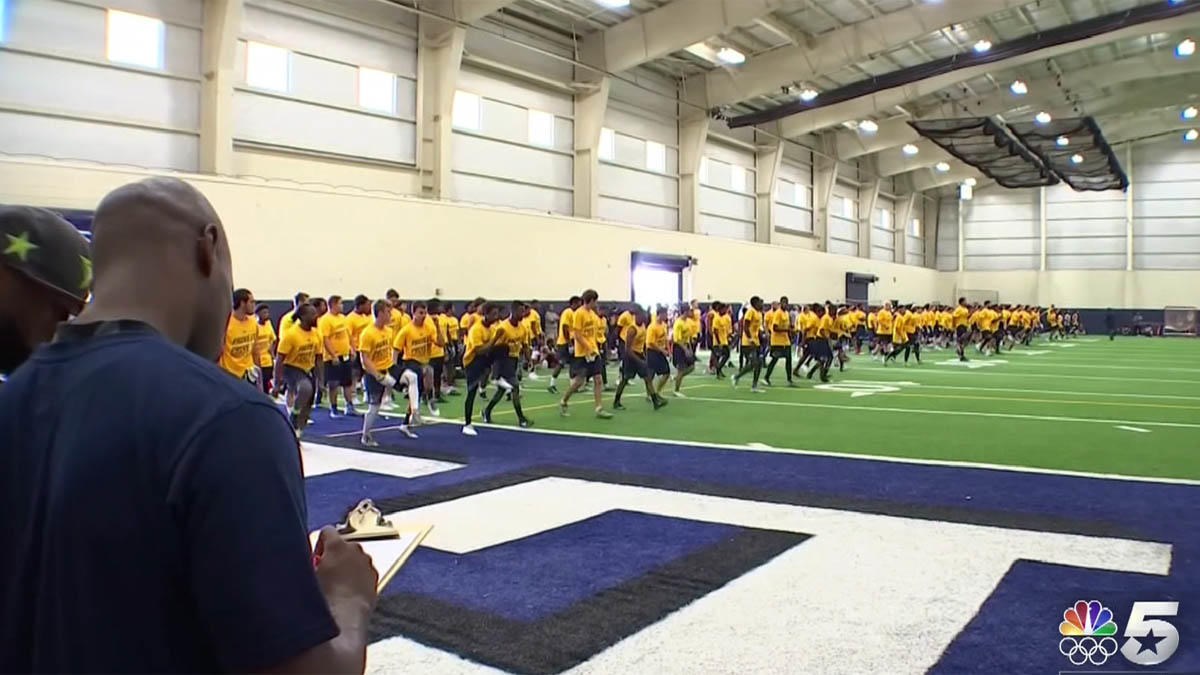 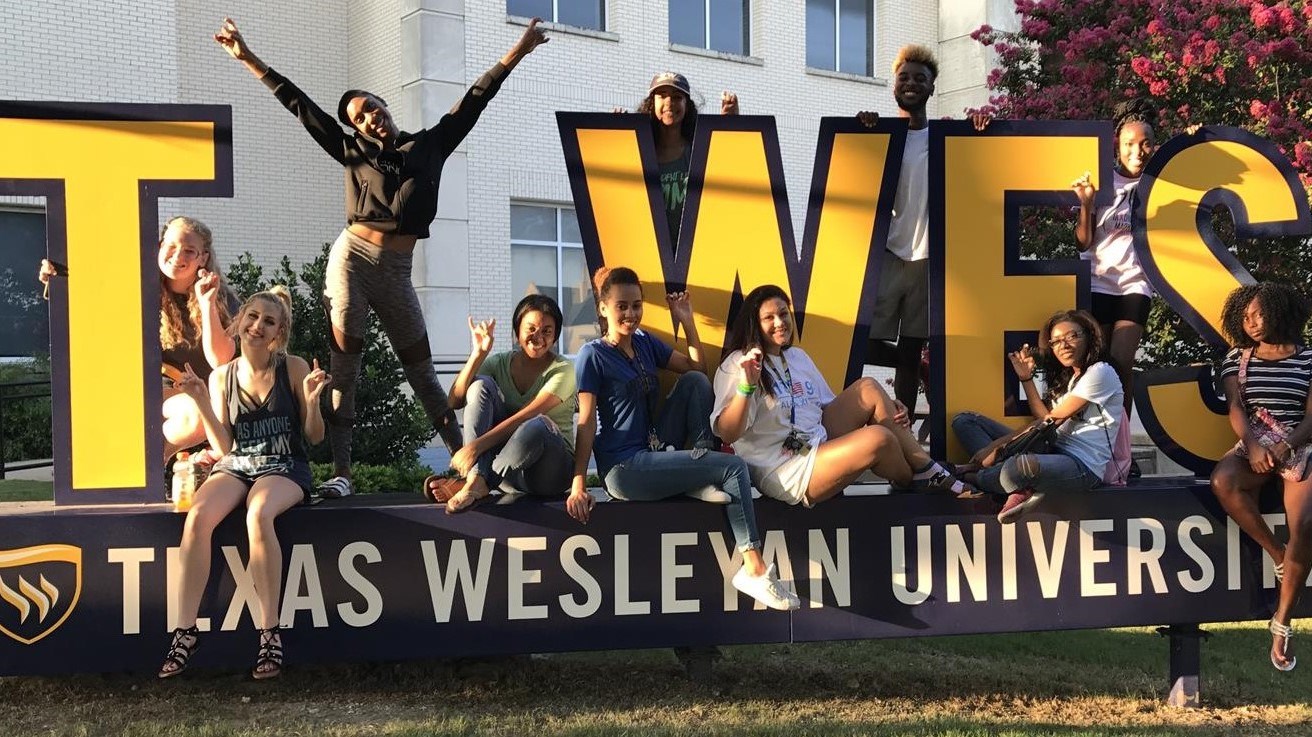 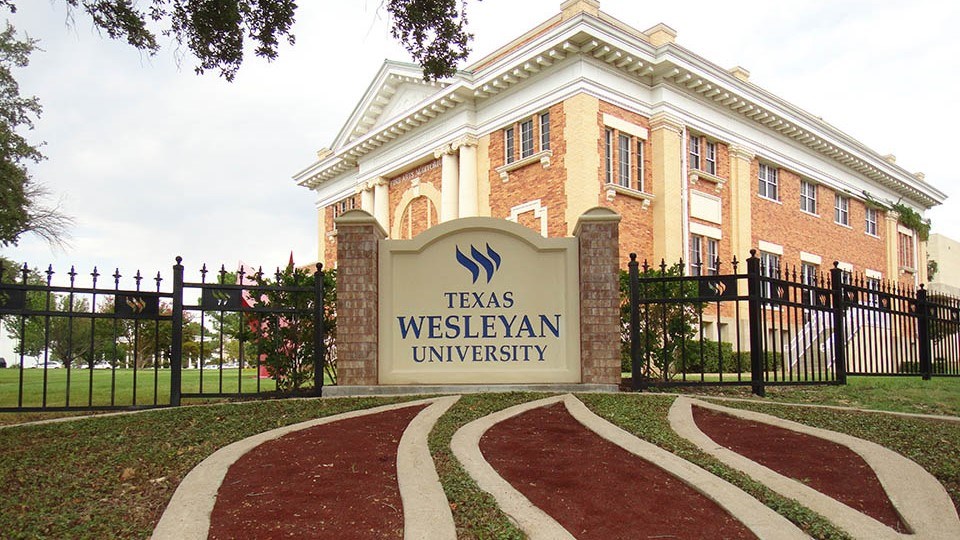 Texas Wesleyan University is a private, coeducational, liberal arts university founded by the Methodist Episcopal Church, South, in 1890. The Campus is located on a 75-acre campus in the Polytechnic Heights Neighborhood in east Fort Worth. T U.S. News & World Report ranked Texas Wesleyan in the #1 tier of regional universities in 2013, 2012 and 2011.Texas Wesleyan places an emphasis on the development of critical thinking skills, and the university’s strategic plan requires faculty to develop measurable critical thinking, analytical reasoning and creative problem-solving skills in students based on academic proficiency and assessment metrics. More than 70 percent of Texas Wesleyan’s classes

have fewer than 20 students, and the university’s average student-to-teacher ratio is 15:1. The University has 27 areas of undergraduate study, and Honours and Pre-Professional Programs. The university offers graduate programs in business, education, counselling, nurse anaesthesia and law. Students can participate in pre-law, pre-med, pre-dental, pre-ministry-seminary and pre-counselling Pre-Professional programs In addition, Texas Wesleyan teams, nicknamed the Rams, are part of the National Association of Intercollegiate Athletics (NAIA), primarily competing in the Sooner Athletic Conference (SAC) since 2013. The Rams formerly competed in the Red River Athletic Conference (RRAC) as well as at the NCAA Division II level. Men's sports include baseball, basketball, cross country, golf, soccer and track & field; while women's sports include basketball, cross country, golf, soccer, softball, tennis, track & field and volleyball and coed teams include cheer & dance and table tennis. The Athletic Department also supports junior varsity opportunities in baseball, men and women's basketball, and men's soccer. “Its mascot is the Ram.”

Fort Worth is the 16th-largest city in the United States and the 5th-largest city in the state of Texas. Fort Worth also boasts as one of the most dynamic downtowns in America and is home to the Van Cliburn International Piano Competition and several world-class museums designed by internationally known contemporary architects. Fort Worth recovered economically although an intended insult the name "Panther" City, many of businesses and organizations continue to use Panther in their name, as it a

lso set at the top of the police department badges. Furthermore, the city has the first and largest world's indoor rodeo, world class museums, a calendar of festivals and a robust local arts scene.